Too Busy...Not to Keep Perspective

Too Busy...not to Resist Temptations 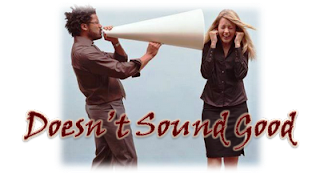 Sermon on September 13, 2009 based on the text Mark 8:27-38.  The recording is missing the prayer for illumination and scripture reading, so I have included the scripture text below.

Jesus went on with his disciples to the villages of Caesarea Philippi; and on the way he asked his disciples, ‘Who do people say that I am?’ 28And they answered him, ‘John the Baptist; and others, Elijah; and still others, one of the prophets.’ 29He asked them, ‘But who do you say that I am?’ Peter answered him, ‘You are the Messiah.’* 30And he sternly ordered them not to tell anyone about him.

31  Then he began to teach them that the Son of Man must undergo great suffering, and be rejected by the elders, the chief priests, and the scribes, and be killed, and after three days rise again. 32He said all this quite openly. And Peter took him aside and began to rebuke him. 33But turning and looking at his disciples, he rebuked Peter and said, ‘Get behind me, Satan! For you are setting your mind not on divine things but on human things.’
34 He called the crowd with his disciples, and said to them, ‘If any want to become my followers, let them deny themselves and take up their cross and follow me. 35For those who want to save their life will lose it, and those who lose their life for my sake, and for the sake of the gospel,* will save it. 36For what will it profit them to gain the whole world and forfeit their life? 37Indeed, what can they give in return for their life? 38Those who are ashamed of me and of my words* in this adulterous and sinful generation, of them the Son of Man will also be ashamed when he comes in the glory of his Father with the holy angels.’
at 10:18 AM No comments:

I have been putting pictures on my sight of the places I visited while in Israel and Palestine.  I found that my pictures turned out better than I thought (I took so many of them, some were bound to turn out okay.)

One of the places that moved me was Aida Refugee Camp.  What originally started out in tents in 1948, is now in ramshackle buildings, built on top of each other.  The United Nations has set up schools and various other things for them until Resolution 194 is followed and they are given the right to return to their homes, if their homes are still there.

Here are some images from this portion of my trip.

The key is symbolic of the door keys they have kept from their homes.  It signifies their hope in their return to their land.  This is the gate of the refugee camp. 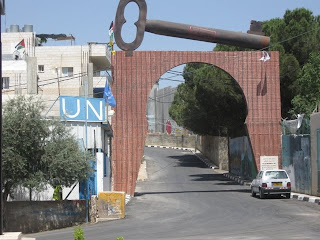 These are children who were playing on the street during the time of our visit.  I have several pictures of them, they were so cute. 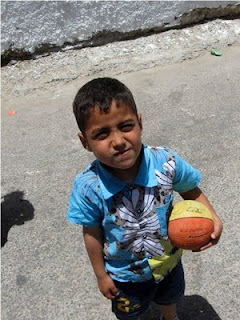 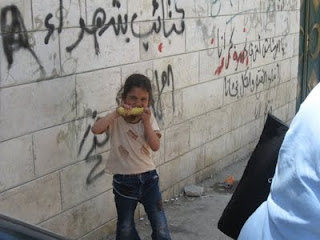 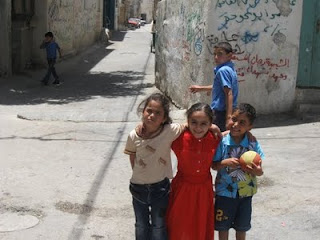 The Pope visited the holy land in May.  He spoke at Aida Refugee Camp.  The people of the camp wanted him to speak outside, but the government did not want the wall in the film footage, so the Pope spoke in the gym of the UN Girls' School. 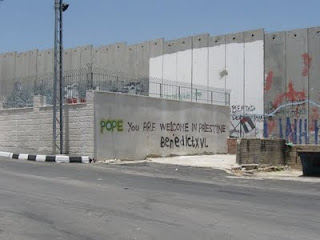 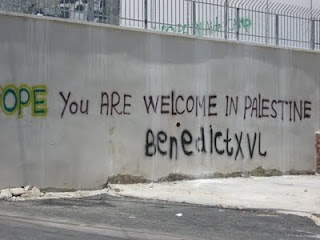 Again another key signifying their hope in their return. 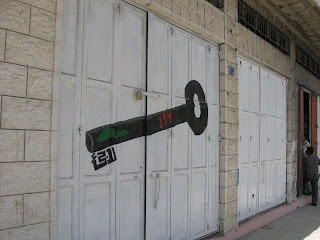 There is graffiti on the walls, but there are also murals which depict their life and their history. 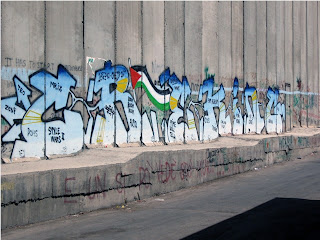 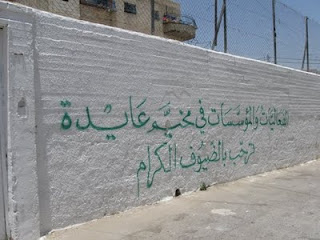 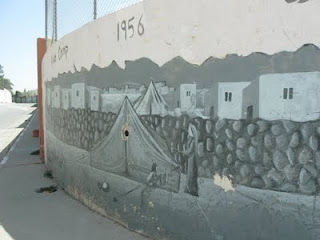 These are shots of some of the living conditions found in their camp. 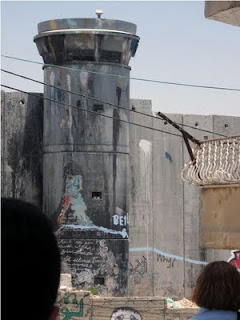 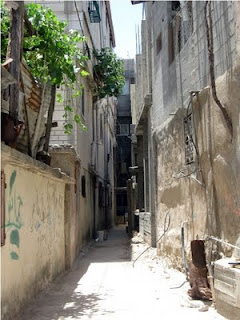 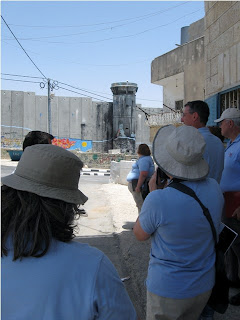 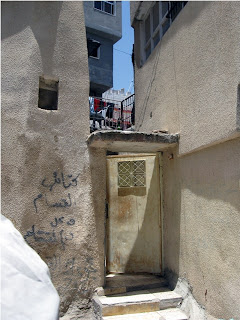 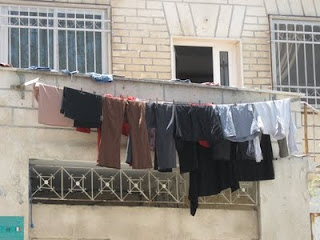 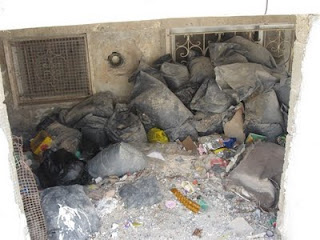 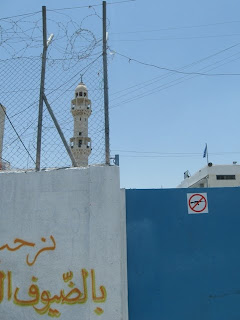 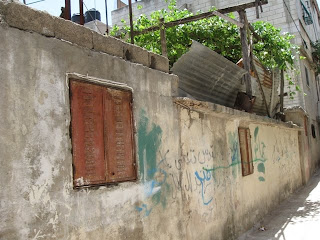 Olive trees amid the rubble. 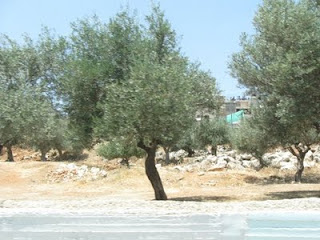 The garden at the Lajee Center.  I think the garden is the best, because by planting something it means you have hope for the future. 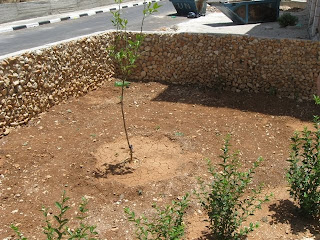 The best place to seek God is in a garden.  You can dig for him there.  ~George Bernard Shaw, The Adventures of the Black Girl in Her Search for God, 1932


I think that if ever a mortal heard the voice of God it would be in a garden at the cool of the day.  ~F. Frankfort Moore, A Garden of Peace 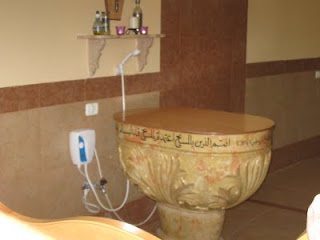 I don't know if it is because I am clergy, or for another reason, but I had to take a picture of all the cool baptismal fonts in all these great churches I visited while in Israel and Palestine. This one to the left has hoses hooked up to it and a little white and blue box in the back. When we inquired about its purpose, we discovered this is to regulate the water temperature. Isn't that too cool! No more babies having those really wide eyes with that "what are you doing to me" look on their face. I also personally love the little shower nozzle about the font. This font is from Mar Elias Chapel. 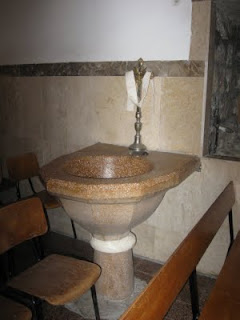 The font to the left is at the Church in I'billin. 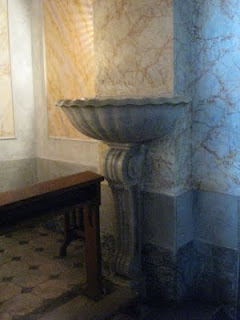 The one to the right is in St. Peter's Church in Jaffee. 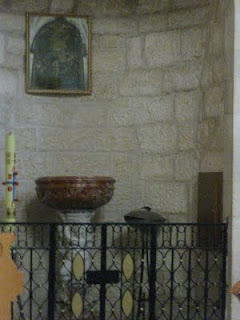 This font is found in the Roman Catholic portion of the Church of the Nativity.

Remember your baptism and be thankful!
at 10:18 AM No comments: