Protection from the Perils of Life

Psalm 91:1-6, 14-16
You who live in the shelter of the Most High, who abide in the shadow of the Almighty,
2will say to the Lord, “My refuge and my fortress; my God, in whom I trust.”
3For he will deliver you from the snare of the fowler and from the deadly pestilence;
4he will cover you with his pinions, and under his wings you will find refuge; his faithfulness is a shield and buckler.
5You will not fear the terror of the night, or the arrow that flies by day,
6or the pestilence that stalks in darkness, or the destruction that wastes at noonday.
14Those who love me, I will deliver; I will protect those who know my name.
15When they call to me, I will answer them; I will be with them in trouble, I will rescue them and honor them.
16With long life I will satisfy them, and show them my salvation.
at 8:17 PM No comments: 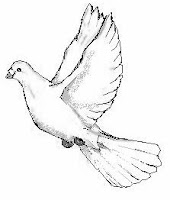 What others are saying about MTD

So, check it out and tell me what you think. Is there a cure for MTD? Are you with me in seeking one?
at 7:11 PM No comments:

Email ThisBlogThis!Share to TwitterShare to FacebookShare to Pinterest
Labels: faith

Remember the old American Express commercial "membership has its privileges?"  Well, the United Methodist Church could say "with privilege comes responsibility."  In the book, Restoring Methodism, by James and Molly Scott, it is asserted that according to findings by the National Council of Churches in the book Why Conservative Churches are Growing the "primary reason conservative churches were growing was their clear and strict rules for belief and practice, which translated into membership requirements."  The book further stated that conservative did not necessarily mean conservative in the beliefs and practices they were so strict about, and often these conservative churches were liberal in their social gospel.

Simply put, the churches required something from their members, and so in order to be received into the membership of the church one would be required to attend classes before taking the membership vows.  I personally take confirmation of the youth very seriously and they are required to attend classes before they can join the church, but I have been admittedly lax in this when it comes to adult membership.  A friend of mind posed this question to United Methodist Clergy on facebook, "Does your church require training in a membership class before a person may join?" I would love to, but would feel the need to apologize for those who are already members who do not live up to their membership vows.

The book Restoring Methodism also suggests that if members are not supporting their church by their prayers, presence, gifts, service and witness, our membership vows, then we should remove them from membership rolls of the church.  John Wesley was known to hold Societies accountable, but he was also known to allow himself to be held accountable.  What do you think it would be like if United Methodist Churches today removed those members who were not fulfilling the covenant vows made at their membership?

Let me hear your thoughts on this subject.
at 9:43 PM No comments: 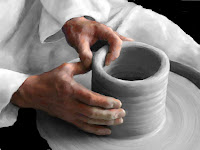 Sermon September 5, 2010, on the scripture reading Jeremiah 18:1-10.  Oh that we all might be like "Putty in God's Hands."  We had a potter work clay on a pottery wheel during the special music and reading of the scripture.  She was referenced in the sermon.
at 2:26 PM No comments: