John 12:1-11 Six days before the Passover Jesus came to Bethany, the home of Lazarus, whom he had raised from the dead. There they gave a dinner for him. Martha served, and Lazarus was one of those at the table with him. Mary took a pound of costly perfume made of pure nard, anointed Jesus’ feet, and wiped them with her hair. The house was filled with the fragrance of the perfume. But Judas Iscariot, one of his disciples (the one who was about to betray him), said, ‘Why was this perfume not sold for three hundred denarii and the money given to the poor?’ (He said this not because he cared about the poor, but because he was a thief; he kept the common purse and used to steal what was put into it.) Jesus said, ‘Leave her alone. She bought it so that she might keep it for the day of my burial. You always have the poor with you, but you do not always have me.’

When the great crowd of the Jews learned that he was there, they came not only because of Jesus but also to see Lazarus, whom he had raised from the dead. So the chief priests planned to put Lazarus to death as well, since it was on account of him that many of the Jews were deserting and were believing in Jesus. 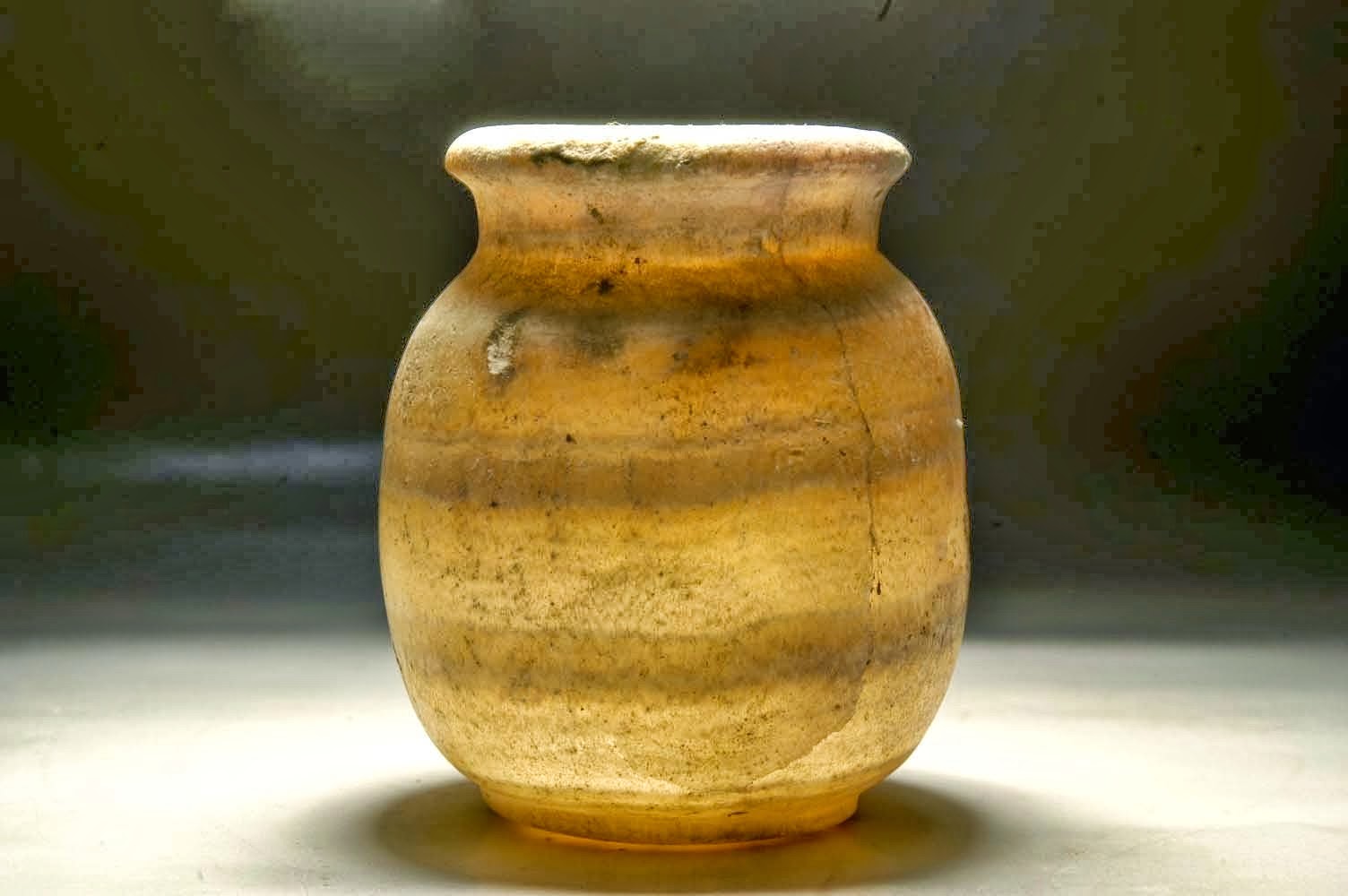 As Mary watched her friend and teacher sitting in her house talking with their friends, sharing a meal, and teaching about a kingdom without walls, perhaps she wondered, "why would he do all this?"  Then a stark realization came to her, "they are going to kill him."  There had been grumbling among the religious leaders about the audacity of bringing her brother back to life.  "It is blasphemy!" they said.  They were calling for witnesses against him, but Jesus can't die yet.  He is so full of life.  He has so much to do.  There is so much Mary wants to learn from him, but even as she thinks this, she knows that his death is certain.

Mary spots the beautiful alabaster jar sitting in the alcove across the room.  She purchased the costly oil knowing that their family will need it someday, but perhaps....  There was conversation and food.  Martha was busily serving.  Lazarus was quietly sitting off to the side.  People were still not certain what to do with him; it was shocking to think that only a few days ago he had been dead.

Walking through the crowded room without anyone even noticing her, Mary retrieved the jar and came back to Jesus' side.  Without thinking too much about her next actions, she broke the seal on the jar and knelt at Jesus' feet, pouring the fragrant oil lavishly over his feet.  She became aware of tears falling and mingling with the oil.  The oil seemed to multiply.  Having no towel or cloth, she began to wipe off the excess with her hair.

The fragrance of the oil floated through the air.  Those in the room began to cease their conversation as Mary's actions became apparent to them.  Looking up, she noticed the people in the room were  watching her.  Then she looked at Jesus who was watching her with the eyes of pure love.

Judas, the reprobate and thief, was the first to speak.  Mary cringed as his voice thundered in the rafters of their small home.  “What are you doing?  You have been holding out on us,” he said accusingly.  “This is really expensive stuff you are wasting all over his feet!  Why was this not sold, we could have used the money to help the poor,” he said slyly.  Although she despised Judas, she wondered briefly if that was what she should have done with the ointment.  A moment later, still wiping his feet she shakes her head—no!  She did what she should have done; she anointed Jesus preparing his body for whatever the future may hold.

Mary glances up to see what Jesus would say.  Jesus is staring at Judas harshly.  When he does speak, the anger in his voice rivals the volume of Lazarus’ previous outburst:  “Leave her alone!  She bought it so that she might keep it for the day of my burial,” he shouted.  The people in the room gasped.  His voice softening, he looks back to Mary who is trembling now from the sheer adrenaline coursing through her.  “You always have the poor with you,” he says softly, “but you do not always have me.”  Although his words bring her sorrow, Mary feels affirmed in her gesture and heedless of everyone else in the room, she meets his eyes.

How often do we risk ourselves out of our deep love and profound gratitude for Jesus?  Are we worried about what others might think?  Do we second guess our own joy?  Perhaps, we are not profoundly grateful.  Just as those who only followed Jesus around hoping he will provide them with bread again, we are discontent with what we have and are looking for more.  We may ask, “What has Jesus done for me lately?”  Just as those who wanted earthly bread which will only leave us hungry again, we miss the blessings that are much deeper and much more sustaining.  Mary was profoundly grateful and willing to respond with profound generosity.